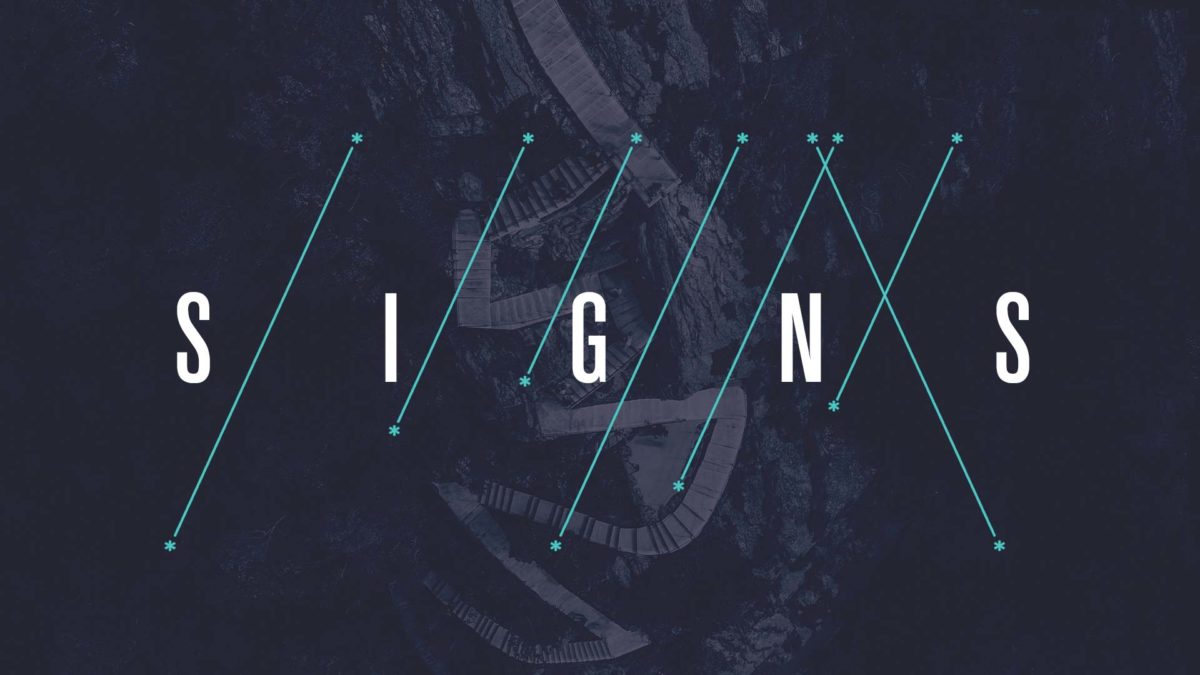 14 weeks exploring seven key hallmarks of the Kingdom of God

The Kingdom of God was the theme of almost all of Jesus’ teaching and yet for many of us it remains a mysterious concept.

Over the course of 14 weeks we want to encounter Jesus’ wisdom and power afresh as well as share insights on how we as the church can embody the life of the Kingdom in 21st century secular Britain.

Join us each Sunday, starting 30th April at all three of our venues, and online later at www.kings.church/teaching

Update: Our Signs teaching series is now complete and you can watch the entire series online here.

Marriage, Paul says, refers to Christ and the Church. This video has been produced by Kings Church Eastbourne to show at the beginning of our wedding ceremonies, illustrating how the symbolism of marriage reflects the Christian gospel.

There are two versions available. Featured above is the cinematic version which doesn’t feature a presenter and is more ambient in nature. The second version below does feature one (in the form of Andrew Wilson) which may better suit teaching contexts.

Available through Vimeo On Demand.: vimeo.com/ondemand/tiatcinematic

Both versions are included and are made available to download in 4K, HD and SD. Purchase removes the watermark and the information slide at the end of the videos.

Please feel free to share/embed the watermarked preview videos online. The URLs to the videos are below:

We had an amazing weekend celebrating Easter through the baptisms at our Hampden Park venue. Stories of how the death and resurrection of Jesus has brought new and everlasting life! Welcome home. 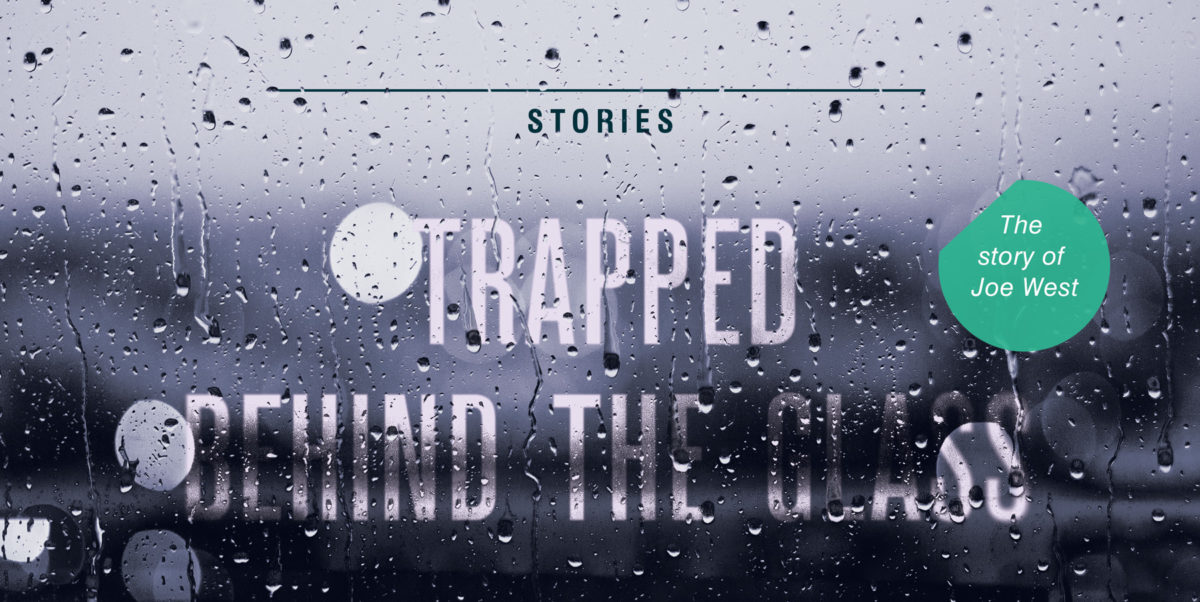 Mum didn’t have much money on benefits with five kids. More times than I could remember we would sit around the table at dinner, with nothing on it. Mum would say grace, and then there would be a knock at the door, and someone had brought us food. No lie!

Mum had a great faith for this sort of thing. She would pray about a bill she couldn’t pay and the exact amount would get posted through our letterbox. It was just part of life.

Seeing all these little magical things that God did for us I thought ‘he’s just so good’. When I was 14 I asked Jesus into my life, and got baptised. But I didn’t know much about the relationship side of things. I sort of thought ‘God’s just going to make me perfect now, my sins are gone’. But it’s not that easy.

I was at school in Harrow, West London. Being dyslexic I found school hard, got in lots of trouble and was put down a year. I found it difficult not having a dad around to guide me, to show me the way and how to get things done.

At 15 I was introduced to marijuana. School was hard. Half the time I was bunking, and it was just something to do.

At 16 I was smoking cannabis every day and later went on to speed, ecstasy and a bit of cocaine. I started several courses at college but dropped out, not being able to concentrate because of the drugs I was taking. At 18 we used to sell pills at Camden Palace in London making £10,000 on two nights work. But we’d be eating them like Smarties and one night I landed in hospital.

“You don’t realise when you take heroin that it grabs you and there’s no way out.”

I got married to Joanne at 21, but she didn’t realise the extent of it — how messy it was when I went clubbing. One night we came back and I was rushing off my face. My brother and his friend had some heroin, which does the opposite to ecstasy. After rushing all night at the clubs on pills they would use it to relax back down. So that was my first encounter.

Heroin is incredibly addictive. After taking it for three or four days in a row you become hooked. Your body stops making what the heroin is giving you, which is endorphins. And without them you just feel ill. Within a few months things changed, from going clubbing to sell pills to just “I need heroin, I need heroin…”

Things kept disappearing from our flat as I’d take them down Cash Converters. I got nicked a number of times for shoplifting, where I would sell items on to punters. After about a year of marriage Joanne legally separated from me. I got kicked out of the flat and lived in a shed for six months, and then slept out of my brothers old car. I did a lot of sofa surfing and went to rehab about six times. But I could never get more than a day through cold turkey.

I wasn’t a comfortable heroin addict, if that makes sense. Because I’d been baptised and seen God’s goodness, there was a real conflict and struggle within me. It was like the drugs and the addiction didn’t fit. But I had got into something I didn’t know how to get out of.

“I’d seen people overdose so it wasn’t unfamiliar. But I put it in my arm and nothing happened. Nothing at all. I should have passed out.”

You don’t realise when you take heroin that it grabs you and there’s no way out. And if you’re sleeping in a freezing shed with the rain pouring, half the time you need heroin just to help you crash out, to get you through the day.

Life got very complicated and hard. One time I got very low and decided I’d had enough. Normally you would put £10 worth of heroin in your arm, but this time I put £50 in to see what would happen. I thought ‘If I go, at least I’ll go high.’

I’d seen people overdose so it wasn’t unfamiliar. I knew this was good stuff as I’d been using it for the last few days. I knew it worked. But I put it in my arm and nothing happened. Nothing at all. I should have passed out. I know that something should have happened. I can’t explain it — and there’s been a few other occasions since where God’s just blatantly saved my life.

Because I got so desperate and was in such dire straits, the Drug and Alcohol Service in Harrow said that if I stayed off heroin for two months, and just took methadone, they would send me to Ealing Hospital where I would be medically detoxed — a very expensive treatment. So it was my one chance.

I managed to stick with it, but it took months before my body recovered. I felt like a baby, my body was so weak.

From there I went to rehab where you talk about ‘issues’. I talked about how I hadn’t had a dad to bring me up, but soon realised the extent of other people’s problems. Like backgrounds of abuse and violence — some very major stories — and you think ‘grief, I’ve got no excuse for being here’.

The question came: “so you’re a heroin addict, at the same age as your dad when he left your mum with five kids… what makes you better than him?”. And I realised history was repeating itself. I had become just like my dad.

“All through the drugs it was like I was trapped behind a pane of glass. I could see God but I couldn’t get to him.”

I knew I couldn’t go back to Harrow, because all I knew was drugs and addicts. So I packed my bags and went to work in Scotland at the Abernethy Trust, a Christian outdoor centre where my sister worked. I worked for two years on general jobs: cutting hedges, mowing lawns, that sort of thing, and then learnt to cook in the kitchens.

Every morning they would have a prayer meeting, and we would have to take it in turns to say something. So that got me closer to God and I would say that it was there that I started having a relationship with him.

When the drugs had cleared it was like God said “there you are”. All through the drugs it was like I was trapped behind a pane of glass. I could see God but I couldn’t get to him.

I stopped worrying about not having a dad around, and realised that God would be my dad instead. As soon as I made that link it transformed my life.

When you realise God’s your dad, you realise he feels just the same way as you do about your kids. Whatever they do, good or bad, you love them anyway, and you pour yourself out for them.

I was eventually reunited with Joanne, and we went on to have our two daughters and also foster other children. I’ve always loved kids, and I’ve been helped so many times that I thought ‘let’s help some others’.

When I was 14 I believe my faith was real and I was a Christian. But you’ve got to take that next step, to ask for the Holy Spirit and develop a relationship with God. That’s what changes your life and gives your faith that depth.

One of my favourite verses is Matthew 18:2-4, that we must become like little children. The people Jesus used weren’t great scientists, mathematicians or anything. They were very normal blokes and the gospel is a very simple story: Jesus died for you, for your sins to be forgiven, so you could walk with him and have new life.